A few days ago I came across this article from the ABC. It was a call to action from the Australian War Memorial asking all knitters and crocheters to make poppies for an installation of 60 000 to commemorate the 60 000 brave Australian soldiers who lost their lives during WWI. They hope for the installation to be in place by Remembrance Day 2018.

Along with many others, I have jumped straight on the band wagon. The 5000 Poppies group on Facebook that I’ve joined gained over 6000 new members almost over night and the swelling of their ranks brings their goal of 60 000 poppies for the AWM project and a further 50 000 for the Victorian RSL so much closer.

For now, I am starting small. My personal goal is to crochet 100 poppies by the end of September 2017. 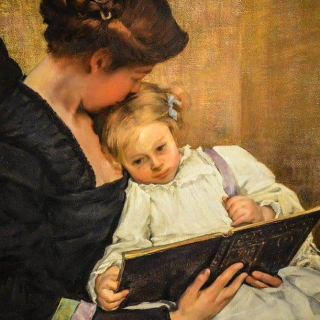 I crochet and sew beautiful products for children from our home in Sydney, Australia. Follow my journey as I take part in charity projects, teach my 6 year old to crochet, and take you every step of the way through my experience with the Diploma of Crochet.

Sweet Little helper in her #handmade dress
Sewing up a storm today! Now how do I make matching bows?
Little one testing out her new top at daycare today. Let's see if it survives!
My first @tadahpatterns "Seaside" top 🤩💕 I can't wait to make more!
Birds nests in progress. Every little thing counts. #bushfiresaustralia #arcg #animalrescuecraftguild #wildlife #charity #crochet
Sorting the stash to start the new year refreshed and focused on new projects 🌻